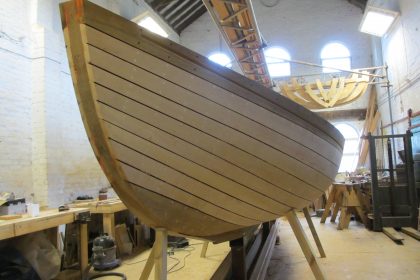 In Faversham, the 24ft centreboard yacht Mayhi has reached the stage where the hull is caulked and ready for painting, and the deck to be laid on the beams. In Truro, the keel of the 68ft Pilot Cutter Pellew has... 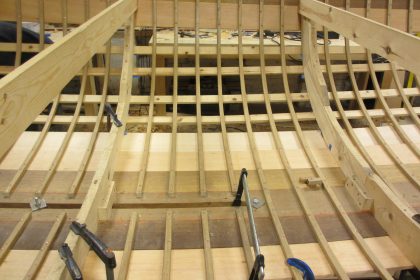 A while ago, Countrywide Productions produced a film about the wide variety of apprenticeships available to young people and how they represented an increasingly popular alternative to university. This film was well received by a wide group of community representatives... 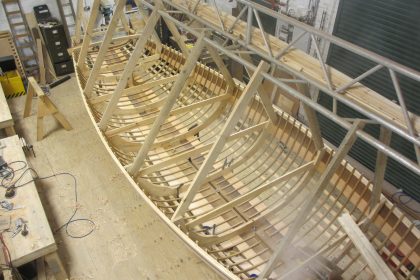 Planks are gradually being added to the Mayhi; some need a little steaming to ease them around the curve at the bow. Each plank is riveted with copper nails and roves. 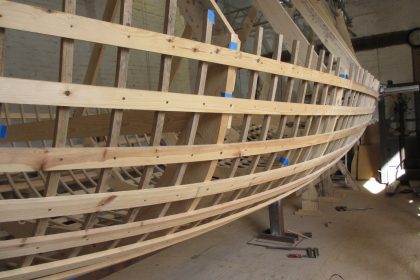 The ribs for the first replica Mayhi have been steamed and bent in place, by Simon Grillet and the apprentices. 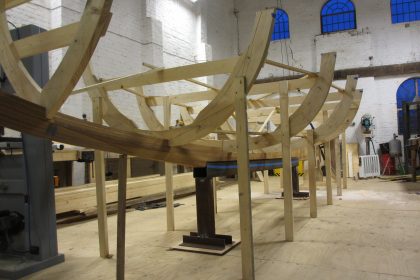 Boatbuilding And Joinery In The Purifier

Simon Grillet is progressing with setting up the Mayhi ready for the first two apprentices to start soon. Here, Simon is transferring the complex shape of the stern frame onto a jig for laminating the frame, which cannot be steamed... 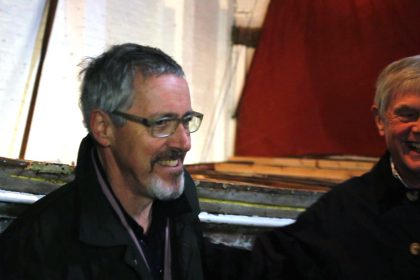 Griff Rhys Jones visited the Purifier on Friday afternoon as part of his Kent tour for Civic Voice [see previous post], looking at local projects and meeting volunteers; He spent the morning at the Faversham Society and then came down...